U.S. regulators are relaxing school meal rules aimed at reining in calories and portion sizes after some students, parents and lawmakers complained that new stricter policies left many children hungry.

Under the adjustment, the U.S. Department of Agriculture said it would suspend daily and weekly maximum amounts for grains and meat or meat alternatives. That means school districts this year can serve larger portions of those items without penalty.

USDA officials said they were loosening the regulations after some schools found it difficult to buy alternative portion sizes of such foods from suppliers. Some also said they had inventory to use up that does not meet the new guidelines.

"We understand that this is a year of transition," Cynthia Long, head of USDA's Child Nutrition Division, wrote in a memo on Friday to state and regional school food officials.

"School nutrition professionals have faced significant menu planning, operating, financial challenges and more as a result of the new meal pattern requirements," it said in a statement.

USDA's move follows complaints from some students that the revised meals left them hungry.

Despite such complaints, most health experts continue to back the overhaul, which was adopted in January as part of a 2010 law aimed at improving school breakfasts and lunches.

The modified meals, which aim to limit fat and salt as well as curb portion sizes and boost fruits and vegetables servings, took effect at the start of the 2012 school year in late August and early September. Schools that adopt the changes get more money back from the federal government, in part to offset the higher prices of healthier foods.

For example, under the guidelines half of breads and other grain-based foods offered must contain whole grains until the start of the 2014 school year, when all such foods must be whole-grain.

Such changes take aim at rising U.S. childhood obesity and were championed by First Lady Michelle Obama. More than one-third of American youth are too heavy, statistics show.

Schools are a top focus because they provide meals to many low-income students, who are often the most at-risk for being overweight or obese. In 2011, more than 31 million children received free or low-cost school lunches and more than 10 million received free or discounted breakfasts, according to USDA.

Margo Wootan, a nutrition policy expert at Center for Science in the Public Interest, welcomed the change to give struggling schools more options this year without having Congress interfere with the fundamental law.

Erik Olson, head of food programs at Pew Charitable Trusts' health group, said calorie limits remain intact but schools will "have much more flexibility about how they present meals that kids will want to eat," calling it "a fairly modest readjustment."

Democrats and Republicans in Congress praised the change, saying parents and students in their states worried about strict limits. Several lawmakers had called on the USDA last month to reconsider, saying the guidelines did not account for various student's height, weight, gender or physical activity levels.

Senator John Hoeven, a North Dakota Republican who had pressed USDA along with Democratic Senator Mark Pryor of Arkansas, on Saturday called for more permanent action. USDA's Long said the agency would consider extending the change.

"It may be difficult for all students to get adequate protein to feel full throughout the school day," Hoeven said in a statement. "Protein is an important nutrient for growing children." 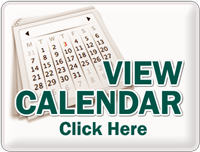